Three average golfers were sitting in the clubhouse after playing a round. They were all feeling frustrated with their games.

The first golfer remembers a tip he read in a golf magazine and decides he’s going to get a small bucket of balls and fix his swing.

The second golfer decides to take a one hour lesson with the local pro.

My Golfer decides to take a different approach.

The next day at the course the first golfer, excited to practice the magazine tip, heads to the range with a small bucket of balls. The second golfer meets with his pro for his scheduled lesson. My Golfer is no where in sight. About an hour later, the first two golfers are excited to test out their games after their practice and lesson. They call My Golfer and ask him to join them for their round. The first two golfers are upset to hear that their friend won’t be at the course today to play with them because he’s working on building a long lasting, repeatable swing. He goes on to tell them he may not be able to join them for their regular game for about three weeks.

The two golfers play their round. They are excited to see promise in the tips they received from the magazine and the pro. After the round, they sit in the clubhouse and talk the great shots they hit and how they really “found something”. They joke about My Golfer and how he is wasting his time.

The next week all three golfers are at the course. The first two golfers do their best to convince My Golfer to join them for a round. They talk about their tips and tell him to stop wasting his time working on his game and to go have fun. My Golfer is not swayed. He sets up on the range and starts in on his drills. The two golfers play their round, have some good shots, and though their scores weren’t much better, they still see promise in the tips they received.

The following week all three golfers are at the course again. The first two golfers are ready to play, My Golfer is on the range. Again they tell him to join. They are excited about their games and try to convince the My Golfer that he should just go out and have fun with them and that he is wasting his time with all his drills.

After the round, the first two golfers are sitting in the clubhouse noticeably upset that the tips that worked so well for them off and on for the past two weeks but didn’t seem to help at all today. They are back to square one. They even consider not even playing the following week. When the time comes to set the tee time for their regular game, My Golfer says he’s ready to join their game again. He has been working on grooving his swing on the range for three full weeks and he is confident he has built a lasting change and a solid foundation for his golf swing. Interested, the first two golfers agree that even though they are not excited about their games they might as well come out and play.

After the first tee shot, it is obvious that My Golfer had transformed his game along with his confidence. He continued to hit solid, straight drives and pure iron shots all day. The first two golfers were in awe. While they tried to fix their games with quick tips and band aid lessons so they could get back out to play as quickly as possible. The third golfer made a commitment to make a real, solid, lasting change.

My Golfers are wise pigs. If you’ve played this game long enough you’ve probably heard every tip. You’ve seen every article promising improved distance and accuracy with one move. The wise golfer knows that a golf swing built on quick fixes is not a lasting, consistent golf swing. If you want your golf swing to be as solid as a brick house it will take time and effort. A swing based on quick tips will be as fragile as a house made of straw.

My Golfers are wise pigs. They don’t try to quickly build a house straw just to see it crumble the next day. They build a house of bricks that will last a lifetime. It will take work to be My Golfer but you will be building a swing to last.

If you are reading this, you are one of My Golfers. Give yourself credit for taking the time to build a brick house of a swing. 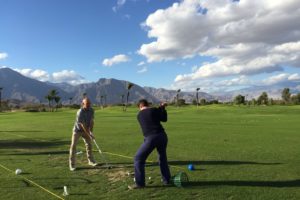 The Best Coaching Experience of My Life 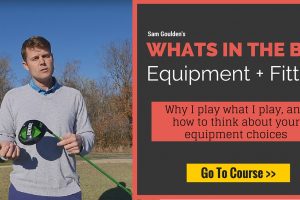